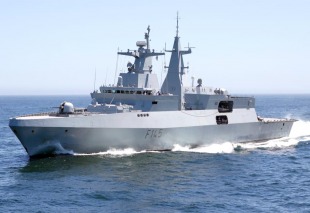 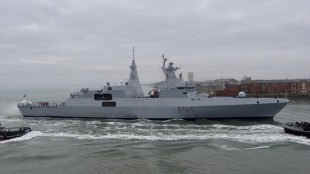 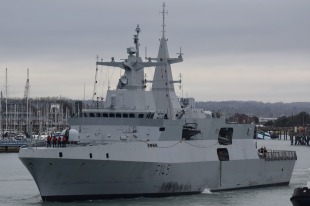 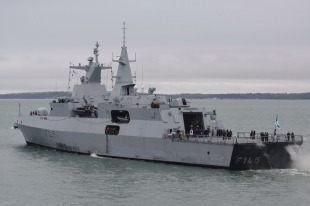 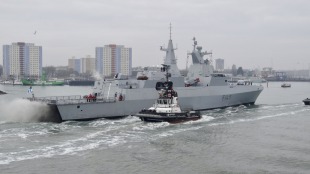 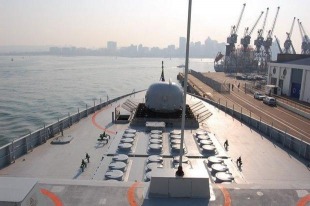 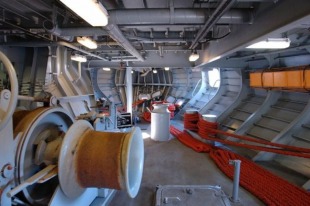 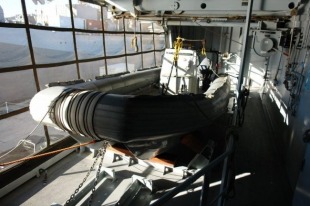 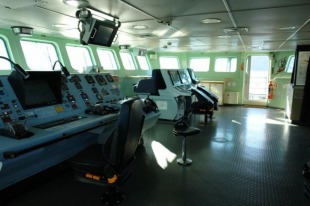 SAS Amatola (F145) is the first of four Valour-class frigates for the South African Navy by the European South African Corvette Consortium.

Amatola, in keeping with a naming convention depicting acts of valour, was named after the Amatola mountain range in the Eastern Cape area where British forces fought the Xhosa nation in late 1852. Mrs Zanele Mbeki (wife of then President Thabo Mbeki), named the vessel at the Blohm & Voss Thyssen Rheinstahl, Howaldtswerke Deutsche Werft (HDW) and Thales shipyards in Germany just after noon on 7 June 2002.