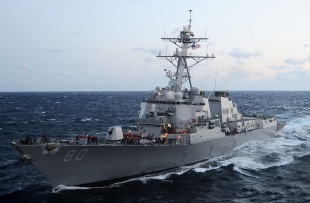 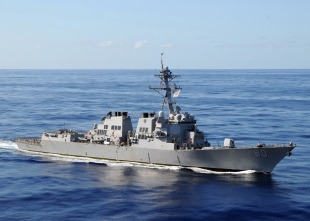 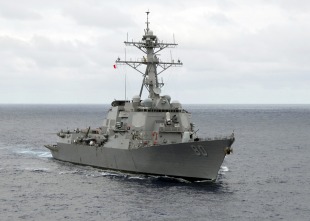 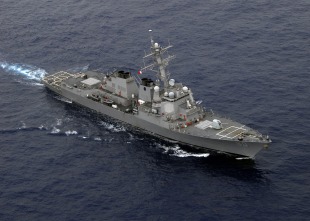 USS Roosevelt (DDG-80) is an Arleigh Burke-class (Flight IIA) Aegis guided missile destroyer in service with the United States Navy. She is named in honor of both President Franklin D. Roosevelt and his wife, the then-First Lady Eleanor Roosevelt. This ship is the 30th destroyer of her class. USS Roosevelt was the 13th ship of this class to be built at Ingalls Shipbuilding in Pascagoula, Mississippi, and construction began on 15 December 1997. She was launched on 10 January 1999 and was christened on 23 January 1999. On 14 October 2000 the commissioning ceremony was held at Naval Station Mayport, Florida.