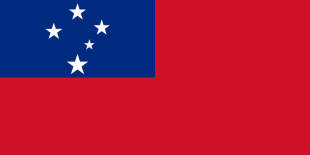 The Samoa Police Service operates the Guardian-class patrol boat Nafanua II. It was provided to Samoa by the Australian Government as part of the Pacific Patrol Boat Program. Nafanua II was delivered on August 16, 2019, replacing the original Nafanua, delivered in March 1988.