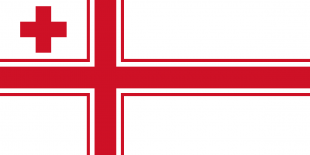 The Tongan Maritime Force is the main arm of the Tonga Defence Services (TDS).

The TDS was founded on 10 March 1973 by King Tāufaʻāhau Tupou IV, who also commissioned the first craft on that date. The first craft was VOEA Ngahau Koula (P101), followed by VOEA Ngahau Siliva (P102) — the names mean Golden Arrow and Silver Arrow respectively. They were manned by volunteers, but are no longer in service.

The Royal Tongan Marines is a single Battalion with a HQ and Support Company and 3 Light Infantry Companies, based at Fuaʻamotu.