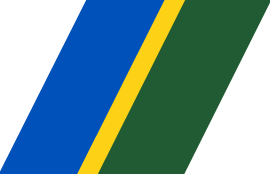 The Royal Solomon Islands Police Force (RSIPF) is the national police force of Solomon Islands and in January 2015 had an establishment of approximately 1,153 officers and 43 police stations across the country.

The Solomon Islands has no military organisation with this provided in the past by the abolished paramilitary wing of the RSIPF known as the Police Field Force (later Special Task and Rescue). The Regional Assistance Mission to Solomon Islands (RAMSI) withdrew in June 2017 handing full control of policing back to the RSPIF.

The RSIPF Maritime Department provides the RSIPF's maritime capability and conducts operational patrols and patrols of the Exclusive Economic Zone (EEZ) and Solomon Islands Borders for fisheries, immigration and national security purposes. RSIPF Maritime operates the one Pacific-class patrol boat, RSIPV Auki (04), and the new Guardian-class patrol boat RSIPV Gizo (05). The Gizo replaced the other Pacific-class patrol boat, RSIPV Lata (03), when it was commissioned on 19 December 2019, and when the second Guardian-class vessel enters service in 2022, the Auki will presumably also be replaced and disposed of.

Australia started delivering Guardian class patrol vessels to replace the Pacific class vessels in 2018. Australia committed to provide two new vessels to replace the RSIPF vessels. The then Police Commissioner Matthew Varley announced, on January 26, 2019, that expansion of the Police Force's mooring space, to accommodate the larger Guardian class vessels, would be undertaken in 2019.