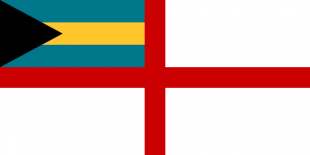 The Royal Bahamas Defence Force (RBDF) is the navy of The Bahamas. Since The Bahamas does not have an army or an air force, its navy composes the entirety of its armed forces. Under The Defence Act, the Royal Bahamas Defence Force has been mandated to defend The Bahamas, protect its territorial integrity, patrol its waters, provide assistance in times of disaster, maintain order in conjunction with the law enforcement agencies of The Bahamas, and carry out any such duties as determined by the National Security Council. The Defence Force is also a member of CARICOM's Regional Security Task Force. The task force has seen action in the United Nations mandate in Haiti 1994.