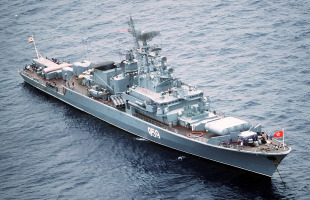 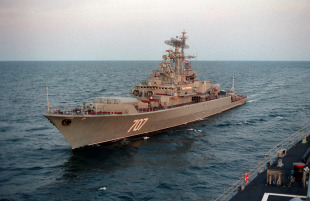 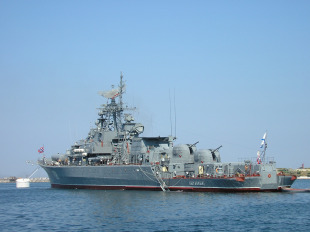 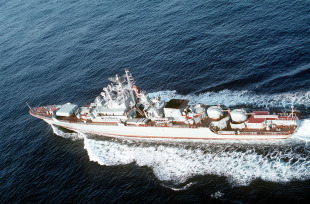 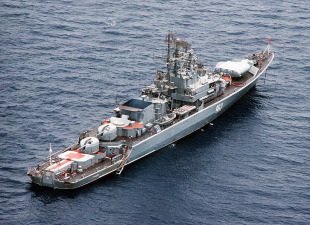 Ka-27 on Krivak III only

The Project 1135 Burevestnik (Storm Petrel) class were a series of frigates or guard ships (patrol boats). Built in the Soviet Union, the ships were commissioned primarily for the Soviet Navy since 1970, later some sub-branch was designed for coastal patrol. Until 1977 the class was considered as a big anti-submarine ship.

These ships are commonly known by their NATO reporting class name of Krivak and are divided into Krivak I, Krivak II (both navy), and Krivak III (coast guard) classes.

These ships were designed as a successor to the Riga class. The design started in the late 1950s and matured as an anti-submarine ship in the 1960s. The first ship was Soviet frigate Bditelnyy that was commissioned in 1970.

A total of 40 ships were built, 32 ships for the Soviet Navy (Russian Navy) and 8 modified ships of Nerey (Krivak III) subclass for the KGB Maritime Border Guard. Currently 7 of Nerey subclass are in FSB Coast Guard and one is part of Ukrainian Navy.

The ship's unique features—the bow missile box, the stack and the angled mast, earned it a rap-like nickname among U. S. sailors that comes from their foreign ship silhouette identification training — «Hot dog pack, Smokestack, Guns in Back — Krivak.»