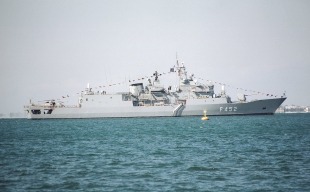 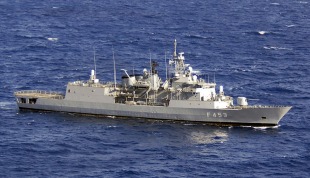 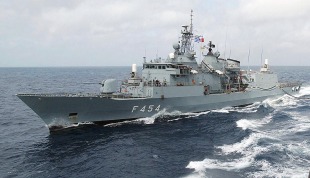 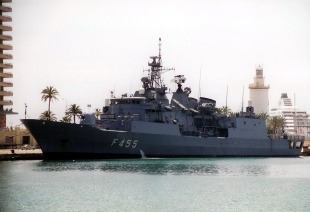 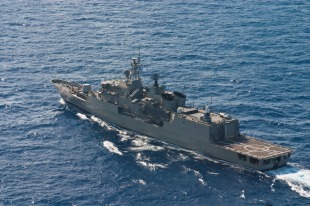 The Hydra class are a group of four frigates in service with the Hellenic Navy. They were designed in Germany and are part of the MEKO group of modular warships, in this case the MEKO 200 design. The programme was authorised in 1988 and partially paid for with FMS aid and previsioned for the commission of six vessels. The first ship was built in Germany and commissioned in 1992 but suffered a serious fire while working up near Portland, England. Repairs were completed in 1993. The Greek built warships were delayed due to financial problems on the part of the Hellenic Shipyards completing in the late 1990s which also led to limiting the total number of vessels to four mainly after the acquisition of eight Kortenaer class frigates from the Netherlands in the late 1990s.