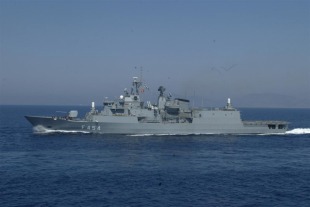 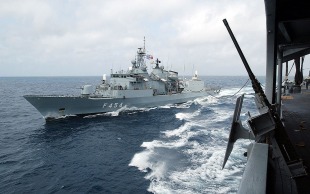 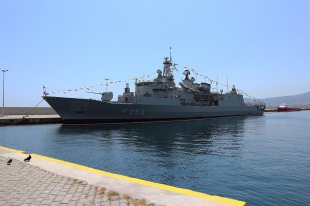 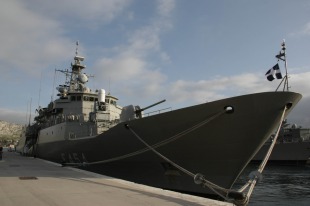 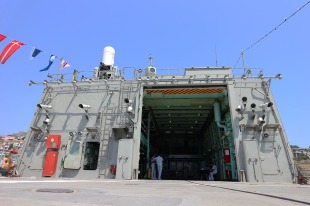 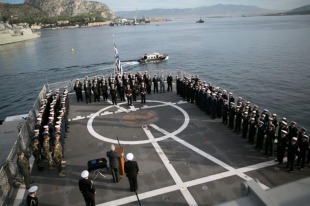 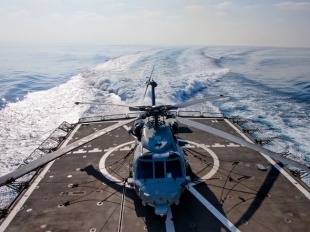 Namesake:
Psara is a Greek island in the Aegean Sea.
Operator:

The Greek frigate Psara (F-454) (Greek: Φ/Γ Ψαρά) is the third ship of the Greek Hydra-class frigates. It is based on the Blohm + Voss MEKO 200 frigate class and was built by Hellenic Shipyards Co. at Skaramangas as part of the programme. She has participated in various NATO and international operations such as Sharp Guard, Decisive Enhancement, Operation Enduring Freedom, EU Operation Atalanta.

On 29 March 2009, as flagship of EU NAVFOR Atalanta, Psara was involved in the capture of Somalian pirates fleeing from an unsuccessful hijack attempt on the German tanker Spessart, along with HNLMS De Zeven Provinciën, the Spanish frigate Victoria and USS Boxer.