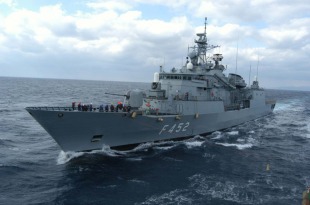 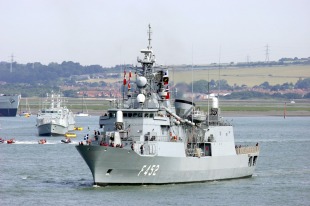 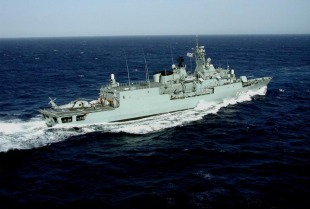 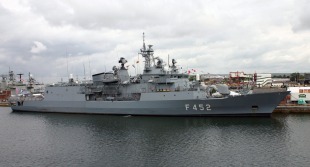 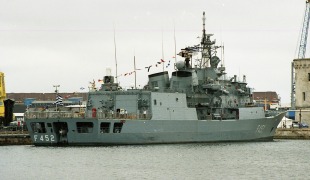 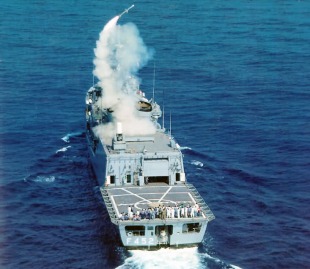 Namesake:
Hydra is one of the Saronic Islands of Greece, located in the Aegean Sea between the Saronic Gulf and the Argolic Gulf.
Operator:

Hydra (F-452) is the lead ship of the Greek Hydra-class frigate and flagship of the Hellenic Navy. The ship was built in the same shipyard as the Blohm + Voss MEKO 200 frigate class, on which its design was based. Three more vessels were built by Hellenic Shipyards Co. at Skaramagas in following years. It is the fifth ship in the Hellenic Navy to bear the name Hydra.

Hydra was the first of four frigates of the MEKO 200 type (the four being Hydra, Spetsai, Psara, and Salamis) ordered by the Greek government. The ship was delivered to the Hellenic Navy on 15 October 1992 and first sailed in Greek waters on 28 January 1993. The crest of the frigate Hydra is the same as that of her predecessor. It is based on one of the flags which the ships of Hydra sailed under during the 1821 revolution.