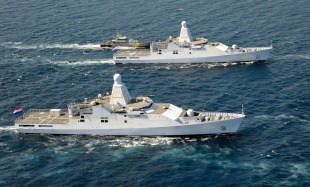 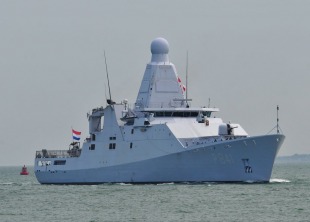 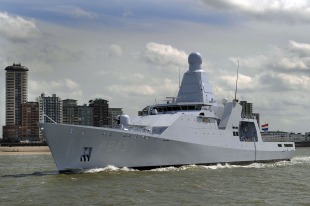 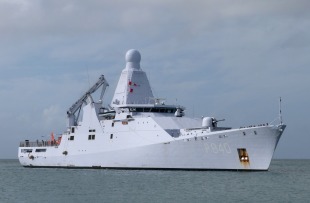 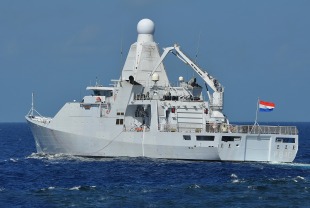 The Holland-class offshore patrol vessels are a class of four offshore patrol vessels constructed for the Royal Netherlands Navy. They are designed to fulfill patrol and intervention tasks against lightly armed opponents, such as pirates and smugglers, but have much higher level electronic and radar surveillance capabilities which are used for military stabilization and security roles, short of outright war. Without sonar or long range weapons, they utilize the surveillance capabilities of the Thales integrated mast, which integrates communication systems and two 4-faced phased arrays for air and surface search.