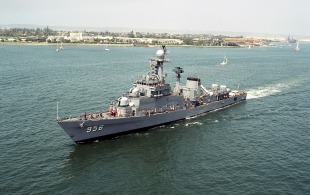 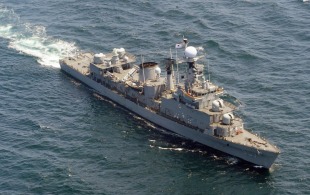 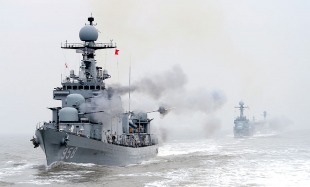 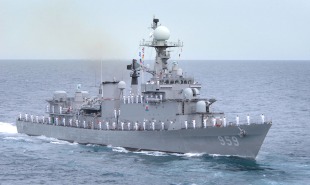 The Ulsan-class frigate is a class of multi-purpose guided missile frigates built by the Republic of Korea.

In June 2001, the Bangladesh Navy commissioned a heavily modified Ulsan-class frigate as the most modern ship in its fleet and named it BNS Bangabandhu. However, controversy regarding alleged corruption in the procurement process led the frigate to be decommissioned for several years. The ship was eventually recommissioned in 2007. 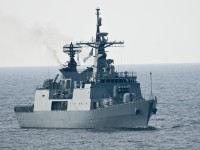 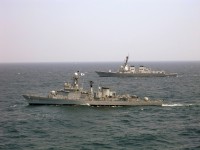