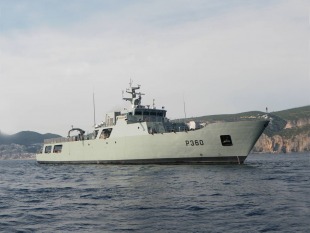 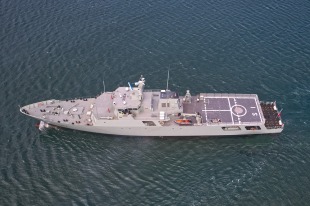 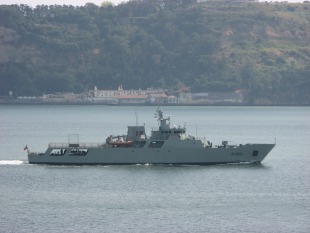 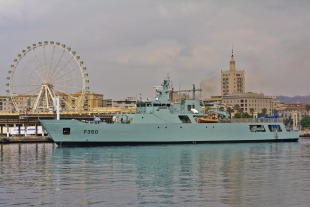 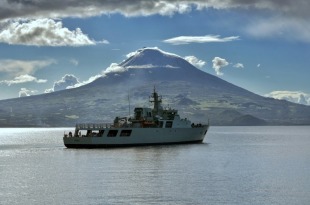 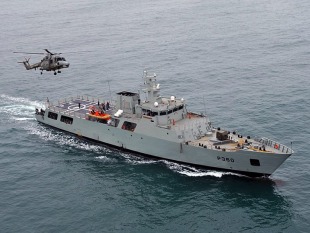 The Viana do Castelo class is a class of offshore patrol vessels planned by and for the Portuguese Navy, as a result of the NPO2000 Project (Portuguese, Navios de Patrulha Oceânica, for Oceanic Patrol Vessels), that are being constructed in the West Sea Shipyard.

The eight to ten vessels of this class, specially designed to operate in the waters of the North Atlantic Ocean, will replace the João Coutinho and Baptista de Andrade-class corvettes — currently being decommissioned —, and the small patrol boats of the Cacine-class in their primary fisheries protection role (SIFICAP) and in their search and rescue (SAR) roles. Two of these vessels of the version Navios de Combate à Poluição (NCP) will be fitted with anti-pollution systems — including Fast Oil Recovery systems. These vessels are named after Portuguese coastal cities.

The first vessel, NRP Viana do Castelo (P360), was commissioned on March 2010 after several years of delay. Six additional vessels are planned by the Portuguese Navy as announced in 2016 to be built in 2017 and 2018. June 22, 2018 the Portuguese Prime Minister announced an additional order of 6 Viana do Castelo Class ships (60 million euros each) to be built at same shipyard over next 6 years along with a multi purpose ship for a total of 500 million euros. the order for 6 more NPO-2000 was finalized may 25 2021.

Viana do Castelo was temporarily commissioned with an old 40 mm gun, but the Portuguese navy is acquiring two 30 mm Oto Melara Marlin guns for the first two vessels.

Armament consists of a 30 mm Oto Melara Marlin, it replaces one 40 mm L/60 turreted gun in the NRP Viana do Castelo, and four mounts to be armed with 2 * 7.62 mm light machine guns and two 12.7mm M2 Browning as well as two launching systems for MK55 Mod 2 mines. The ships are designed to operate automated systems and are equipped with a single Sagem SA Vigy 10 MKIII naval surveillance and observation platform, three water cannons, and two rigid inflatable boats. Each ship is capable of accommodating a Super Lynx MK95 light helicopter.

West Sea Shipyard
Under construction
1,850 t
83.1 m
21 knots
35
No comments yet
Log in or Register to write comments
Top 5 biggest