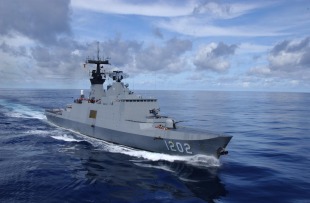 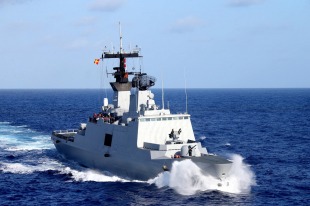 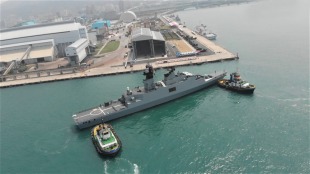 As the ROC (Taiwan)'s defensive stance is aimed towards the Taiwan Strait, the ROC Navy is constantly seeking to upgrade its anti-submarine warfare capabilities. The US$1.75 billion agreement with France in the early 1990s was an example of this procurement strategy: the six ships are configured for both anti-submarine warfare (ASW) and surface attack. The Exocet was replaced by Taiwan-developed Hsiung Feng II anti-ship missile and the anti-air warfare (AAW) weapon is the Sea Chaparral. The main gun is an Oto Melara 76 mm/62 mk 75 gun, similar to its Singaporean counterparts, the Formidable-class frigates. Some problems in the integration of Taiwanese and French systems had been reported. The frigate carries a single Sikorsky S-70C(M)-1/2 ASW helicopter.

The Sea Chaparral SAM system is considered inadequate for defense against aircraft and anti-ship missiles, so the ROC (Taiwan) Navy plans to upgrade its air-defense capabilities with the indigenous TC-2N in 2020. The AMRAAM-class missiles will be quad-packed in a vertical launch system for future ROCN surface combatants, but a less-risky alternative arrangement of above-deck, fixed oblique launchers is seen as more likely for upgrading these French-built frigates.

In 2021 it was reported that Taiwan would upgrade the frigates of this class with new air defence and combat systems. The upgrades were to begin in 2022 and would follow on the modernization of the ships' decoy launching systems under a contract awarded in 2020.

The class's Mk 75 main guns have been upgraded and have an improved firing rate of 100 rounds a minute. 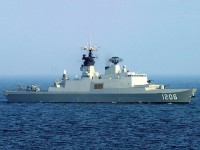 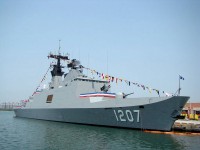