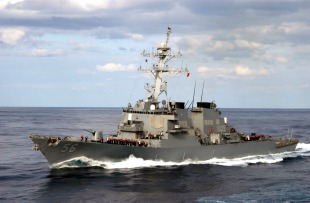 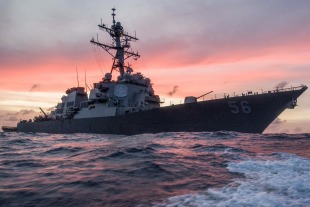 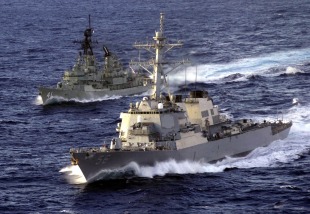 USS John S. McCain (DDG-56) is an Arleigh Burke-class (Flight I) Aegis destroyer currently in the service of the United States Navy. She is part of the Destroyer Squadron 23 within the Third Fleet, and has her homeport at Naval Station Everett in Everett, Washington.

The destroyer was involved in a collision with the tanker ship Alnic MC on 21 August 2017 off the coast of Singapore, which resulted in the deaths of 10 of her crew, and left another five injured.