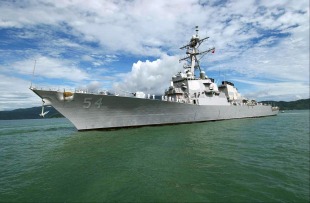 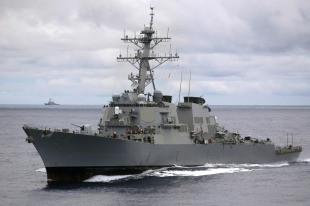 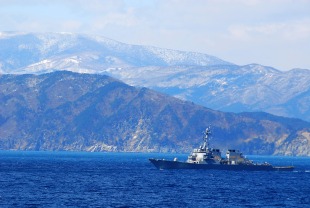 USS Curtis Wilbur (DDG-54) is the fourth Arleigh Burke-class (Flight I) Aegis guided missile destroyer. Curtis Wilbur was named for Curtis D. Wilbur, forty-third Secretary of the Navy, who served under President Calvin Coolidge. In 2016, she was based at Yokosuka, Japan, as part of Destroyer Squadron 15.

Built by Bath Iron Works in Bath, Maine, she was commissioned in Long Beach, California, on 19 March 1994. The keynote speaker for the ceremony was then-Secretary of the Navy, John H. Dalton.