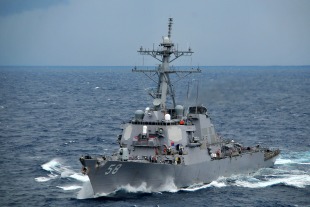 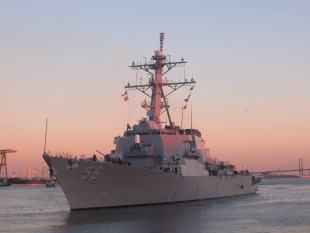 USS Laboon (DDG-58) is an Arleigh Burke-class (Flight I) Aegis guided missile destroyer in the United States Navy. She is named for Father John Francis Laboon (1921–1988), a captain in the Chaplain Corps of the United States Navy, who was awarded the Silver Star during World War II while serving on the submarine USS Peto.