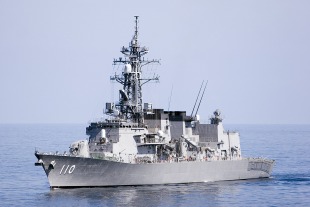 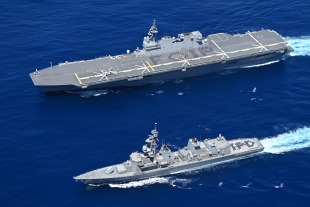 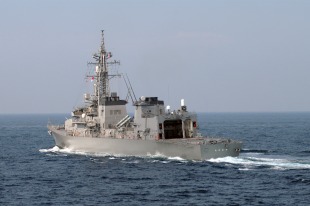 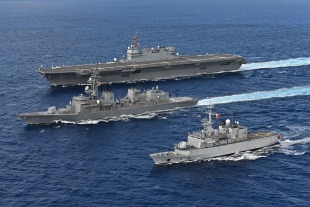 JS Takanami (DD-110) is the lead vessel of the Takanami-class destroyers of the Japan Maritime Self-Defense Force (JMSDF).

The hull design is generally based on the one of the Murasame-class. However, as a part of weapons was changed, the internal structure has also been changed. And it was said that the large lattice mast was degrading its stealthiness in the Murasame-class, so in this class, it was considered to change to two small masts, but it was not implemented.

Although its displacement become slightly increased, there is no change in its main engines, as it is not a big difference that has little effect on the performance of the ship.

Takanami was authorized under the Medium-term Defense Buildup Plan of 1996, and was built by IHI Marine United shipyards in Uraga, Kanagawa. She was laid down on 25 April 2000, launched on 27 July 2001. She was commissioned into service on 12 March 2003, and was initially assigned to the JMSDF Escort Flotilla 1 based at Yokosuka.