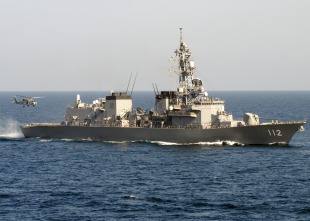 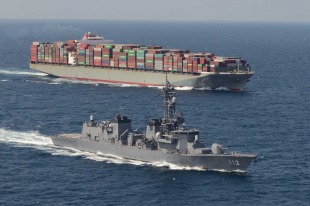 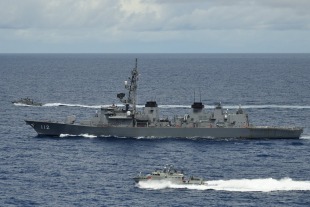 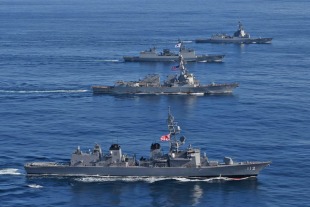 JS Makinami is the third vessel of the Takanami class destroyers of the Japan Maritime Self-Defense Force (JMSDF).

Makinami was authorized under the Medium-term Defense Buildup Plan of 1996, and was built by IHI Marine United shipyards in Yokohama. She was laid down on 17 July 2001, launched on 8 August 2002. She was commissioned into service on 18 March 2004. and was initially assigned to the JMSDF Escort Flotilla 2 based at Sasebo.