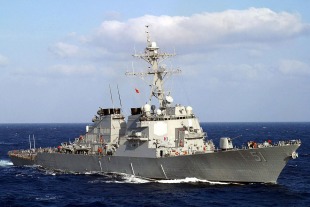 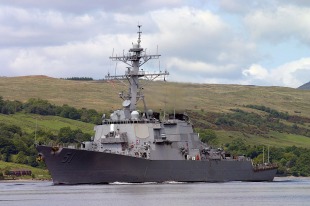 Arleigh Burke's designers incorporated many lessons learned by the Royal Navy during the Falklands campaign and from the Ticonderoga-class guided-missile cruisers. The Ticonderoga-class cruisers were becoming too expensive to continue building, and were too difficult to upgrade.[citation needed] Arleigh Burke was the first modern destroyer designed with features meant to lower its radar cross section, which improves a ship's ability to evade radar detection. She also uses a slightly downgraded version of the Aegis combat system, which allows for launching, tracking, and evading missiles simultaneously. Her all-steel construction provides good protection for her superstructure, while her Collective Protection System allows her to operate in environments contaminated by chemical, biological, or radiological materials.