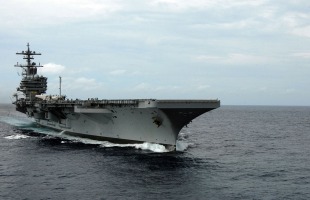 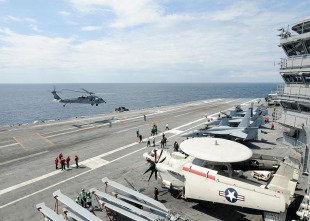 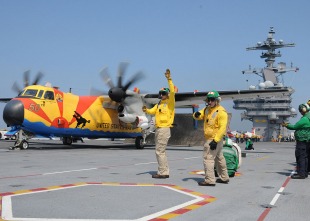 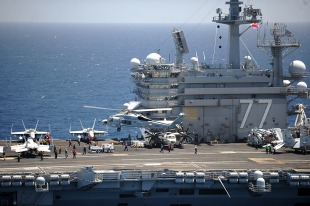 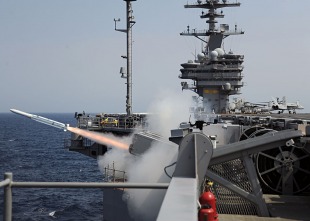 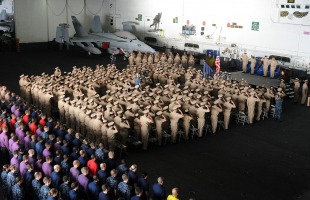 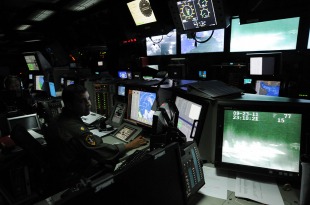 Namesake:
George Herbert Walker Bush (born June 12, 1924) is an American politician who served as the 41st President of the United States from 1989 to 1993.
Operator:

USS George H.W. Bush (CVN-77) is the tenth and final Nimitz-class supercarrier of the United States Navy. She is named for the 41st President of the United States and former Director of Central Intelligence George H. W. Bush, who was a naval aviator during World War II. Bush's callsign is Avenger, after the TBM Avenger aircraft flown by then-Lieutenant George Bush in World War II. Construction began in 2003 at the Northrop Grumman Newport News shipyard's Dry Dock 12, the largest in the western hemisphere. She was completed in 2009 at a cost of $6.2 billion and her home port is Naval Station Norfolk, Virginia.