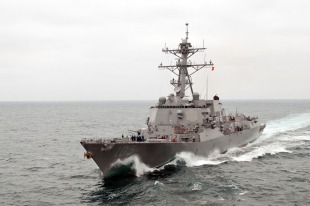 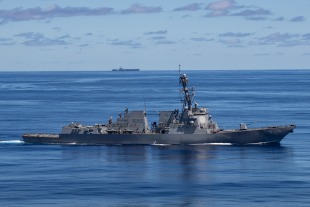 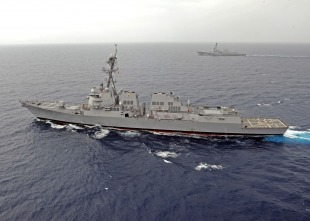 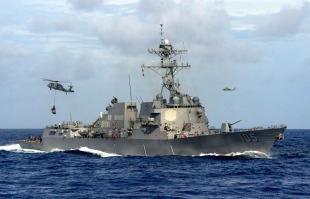 USS Dewey (DDG-105) is an Arleigh Burke-class (Flight IIA) Aegis guided missile destroyer in the United States Navy. Dewey is the third Navy ship named after Admiral of the Navy George Dewey, hero of the Battle of Manila Bay during the Spanish–American War.

The ship is part of Destroyer Squadron 1 of Carrier Strike Group One of which the flagship is aircraft carrier USS Carl Vinson.