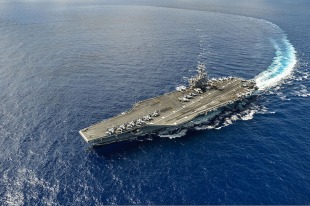 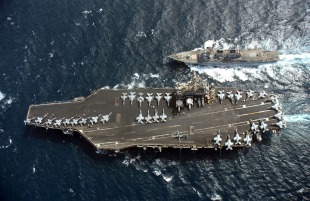 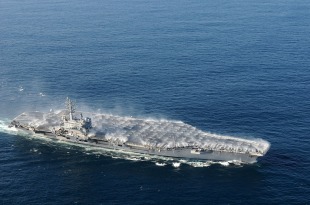 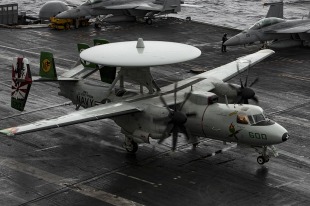 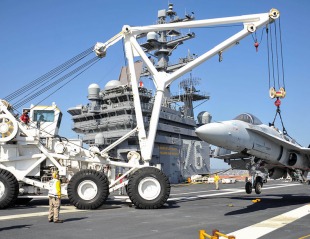 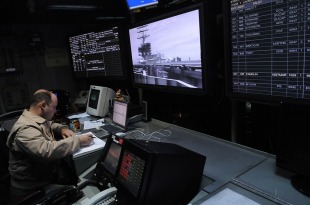 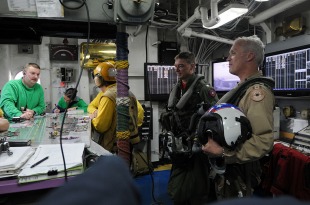 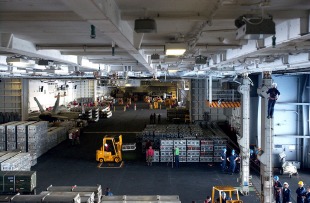 USS Ronald Reagan (CVN-76) is a Nimitz-class, nuclear-powered supercarrier in the service of the United States Navy. The ninth ship of her class, she is named in honor of Ronald W. Reagan, President of the United States from 1981 to 1989. Upon her christening in 2001, she was the first ship to be named for a then-still living former president.

As of May 2012, the ship was operationally part of Carrier Strike Group Nine and administratively under the command of Commander, Naval Air Forces Pacific/Commander, Naval Air Forces. The two administrative titles actually refer to one command carrying out two functions. In October 2015, Ronald Reagan replaced USS George Washington as the flagship of Carrier Strike Group Five, the only forward-based carrier strike group home-ported at Yokosuka, Japan, as part of the United States Seventh Fleet.