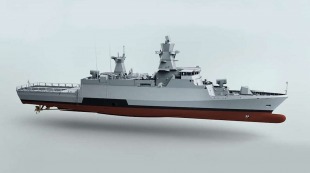 Karlsruhe (F267) is the eighth ship of the Braunschweig-class corvette of the German Navy.

Karlsruhe's construction started in 2020 and later laid down on 6 October 2020 by Lürssen-Werft in Bremen.