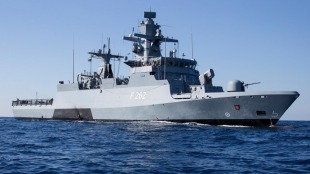 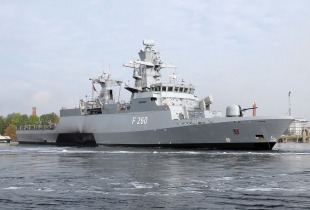 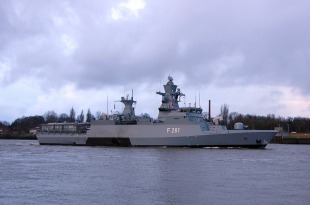 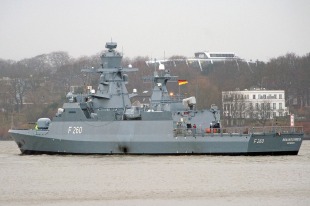 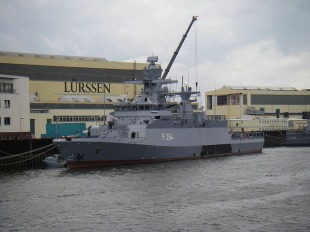 They feature reduced radar and infra-red signature («stealth» beyond the Sachsen-class frigates) and will be equipped with two helicopter UAVs for remote sensing. Recently, the German Navy ordered a first batch of 2 UMS Skeldar V-200 UAVs for the use on the Braunschweig-class corvettes. The hangar is too small for standard helicopters, but the pad is large enough for Sea Kings, Lynx or NH-90s, the helicopters of the German Navy. 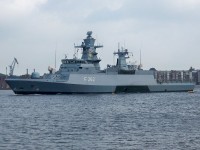 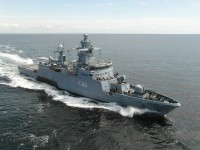