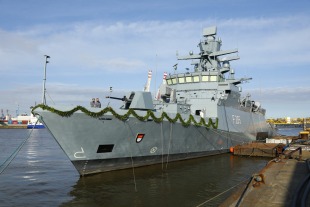 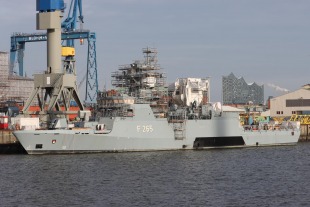 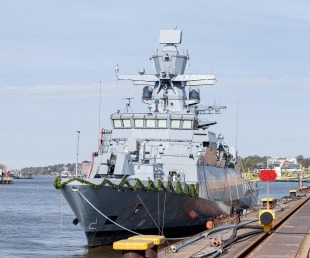 Köln (F265) is the sixth ship of the Braunschweig-class corvette of the German Navy.

Köln's construction started in February and later laid down on 25 April 2019 by Lürssen-Werft in Bremen. Her forecastle was built by Blohm+Voss and towed to Bremen to be assembled and launched on 20 October 2020. She will be expected to be commissioned in 2023.