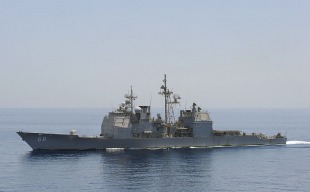 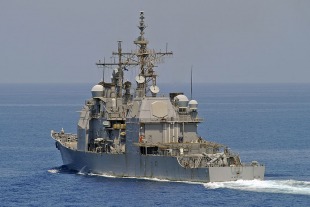 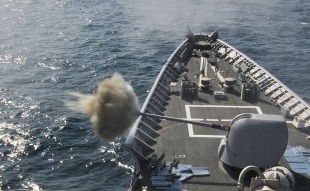 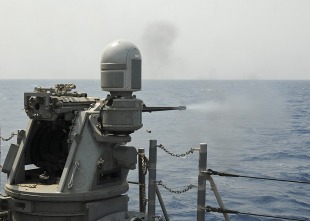 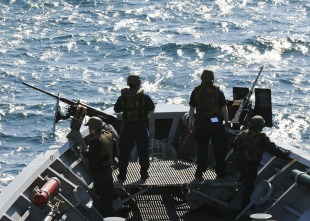 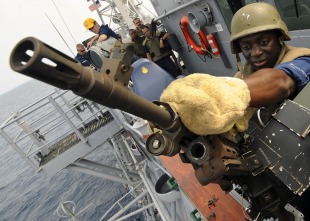 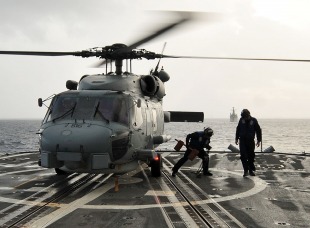 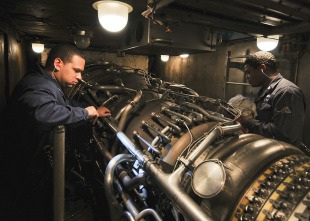 Namesake:
The Battle of Anzio was a battle of the Italian Campaign of World War II that took place from January 22, 1944 (beginning with the Allied amphibious landing known as Operation Shingle) to June 5, 1944 (ending with the capture of Rome). The operation was opposed by German forces in the area of Anzio and Nettuno.
Operator:

USS Anzio (CG-68) is a Ticonderoga-class guided missile cruiser of the United States Navy, named for the site of a beachhead invasion of Italy by Allied troops from 22 January to 23 May 1944. Her keel was laid down by the Litton-Ingalls Shipbuilding Corporation at Pascagoula, Mississippi on 21 August 1989. The ship was launched on 2 November 1990, and commissioned on 2 May 1992, under Captain H. Wyman Howard. Anzio operates out of Norfolk, Virginia.