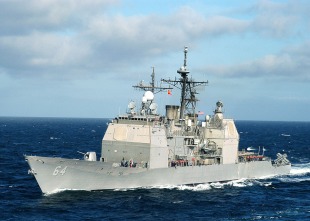 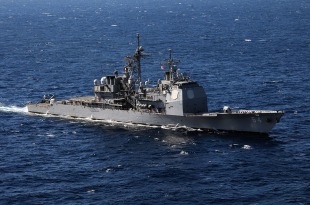 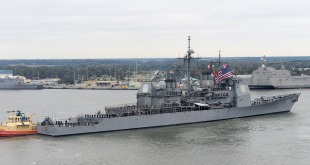 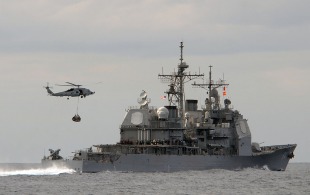 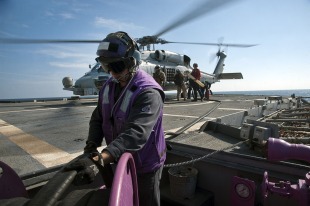 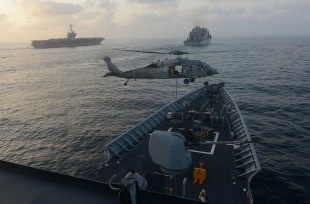 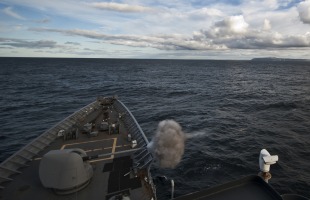 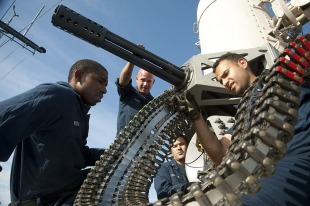 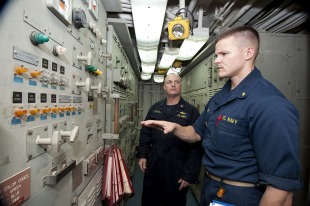 Namesake:
The Battle of Gettysburg was fought July 1–3, 1863, in and around the town of Gettysburg, Pennsylvania, by Union and Confederate forces during the American Civil War.
Operator:

USS Gettysburg (CG-64) is a Ticonderoga-class guided-missile cruiser in the United States Navy. She is named for the Battle of Gettysburg during the American Civil War. She was laid down at the Bath Iron Works in Maine.

Her guided missiles and five-inch mounted guns render her capable of facing and defeating threats in air, on and in the sea, and ashore as well. She can carry up to two Seahawk LAMPS multi-purpose helicopters.

She is homeported in Norfolk, Virginia.