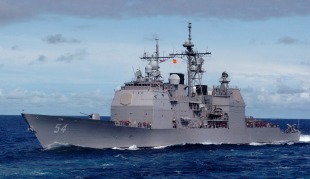 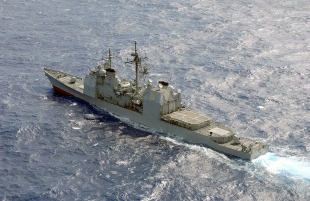 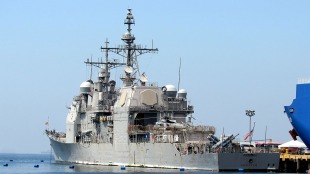 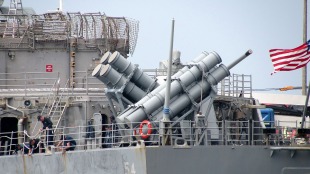 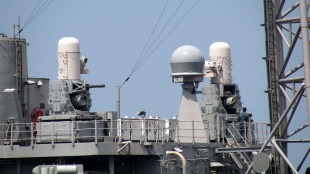 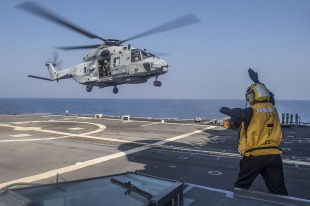 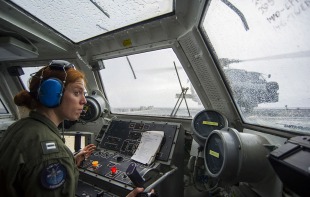 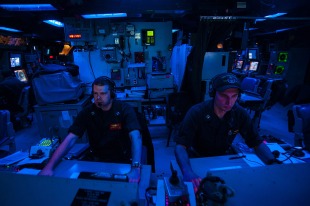 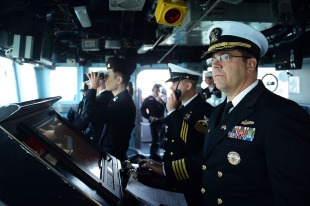 USS Antietam (CG-54) is a Ticonderoga-class guided missile cruiser of the United States Navy. Antietam was named for the site of the 1862 Battle of Antietam, Maryland, between Confederate forces under General Robert E. Lee and Union forces under Major General George McClellan, during the American Civil War. She was built by the Litton-Ingalls Shipbuilding Corporation at Pascagoula, Mississippi and commissioned on 6 June 1987. Antietam earned the 2007 and 2008 Battle Efficiency awards, also known as the Battle E award, for the John C. Stennis Strike Group. Antietam was out of operation for a while after running aground while trying to anchor in Tokyo Bay in January 2017.

With her guided missiles and rapid-fire guns, she is capable of facing and defeating threats in the air, on the sea, on the shore, and beneath the sea. She also carries two Sikorsky SH-60 Seahawk LAMPS helicopters, capable of multiple missions, but primarily equipped for antisubmarine warfare (ASW).