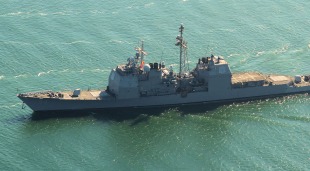 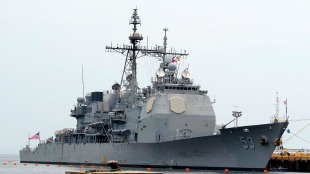 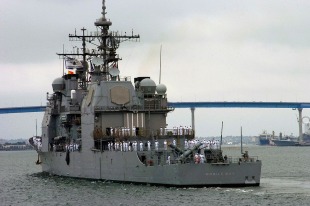 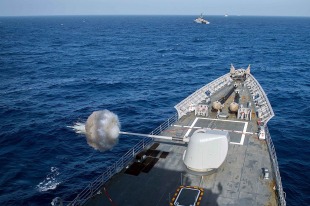 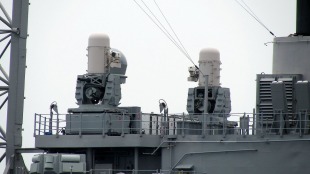 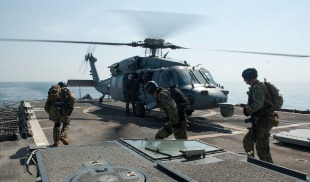 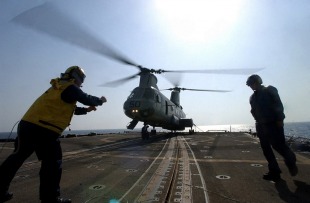 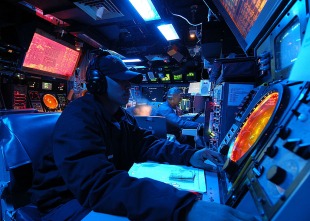 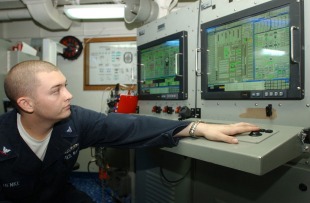 USS Mobile Bay (CG-53) is a Ticonderoga class guided-missile cruiser serving in the United States Navy. She is named for the naval Battle of Mobile Bay during the American Civil War in 1864.

With guided missiles and rapid-fire cannons, Mobile Bay is capable of defeating threats in the air, on the sea, on shore, and undersea. She carries the Tomahawk Land Attack Missile which played an integral part in the strikes on Iraqi targets during the opening stages of Operation Iraqi Freedom in 2003. She also carries two Seahawk LAMPS multi-purpose helicopters, mainly for anti-submarine warfare (ASW). The ship is capable of conducting Maritime Interdiction Operations, and carries a fully trained boarding team.