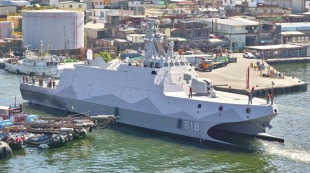 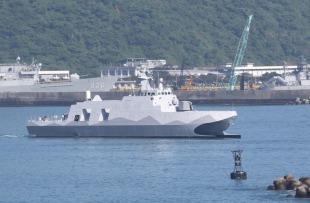 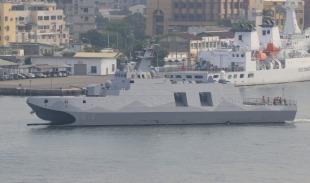 The ROCS Tuo Chiang (PGG 618) is the fast (up to 45 knots, 83 km/h, 52 mph) and stealthy multi-mission corvette built for the Republic of China (Taiwan) Navy. It is designed to counter the numerous and increasingly sophisticated People's Liberation Army Navy ships by utilizing hit-and-run tactics, and thus featured clean upper structure design with very few extrusions to reduce radar signature, pre-cooled engine exhaust to reduce infrared signature, and a reduced visual signature to reduce chance of detection.

The ship increases its survivability in naval warfare by utilizing advanced stealth technology and low radar cross section (RCS), which makes it less detectable by radar and allows it to be obscure by background radar noise when operating closer to the coastline.