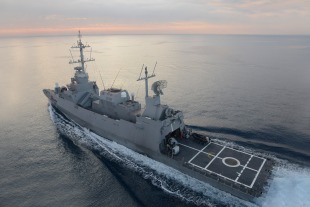 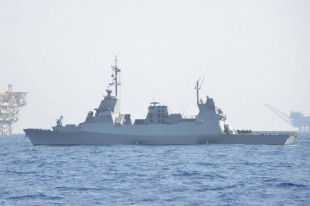 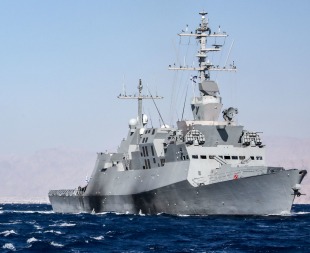 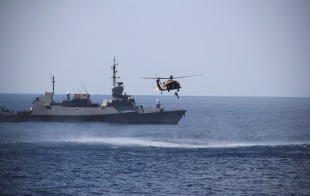 INS Hanit (503) is a Sa'ar 5-class corvette of the Israeli Navy, built by Northrop Grumman Ship Systems in 1994. During the 2006 Lebanon War INS Hanit served as the flagship of the Israeli navy. On 14 July 2006, it was damaged after being struck by a Hezbollah C-802 anti-ship missile.

During the 2006 Lebanon War, the vessel was patrolling in Lebanese waters ten nautical miles off the coast of Beirut. It was damaged on 14 July 2006 on the waterline, under the aft superstructure by a missile (likely a Chinese-designed C-802) fired by Hezbollah that reportedly set the flight deck on fire and crippled the propulsion systems inside the hull. However, INS Hanit stayed afloat, withdrew and made the rest of the journey back to Ashdod port for repairs under its own power. Four crew members were killed during the attack.