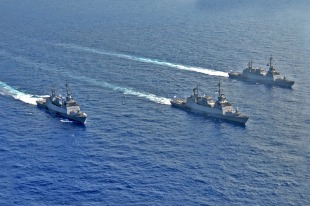 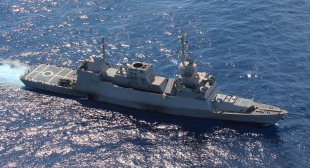 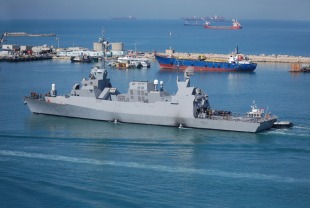 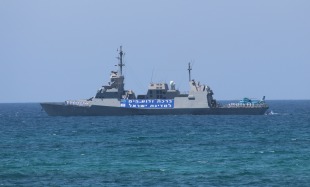 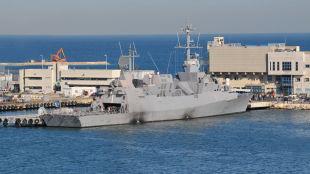 Sa'ar 5 is a class of Israeli Navy corvettes, designed based on lessons learned from the Sa'ar 4.5-class missile boats. Three Sa'ar 5 ships were built by Huntington Ingalls Industries (formerly Litton-Ingalls Shipbuilding Corporation of Pascagoula, Mississippi) for the Israeli Navy, based on Israeli designs.

They are the largest surface warships in Israel's naval fleet. Although classified as «corvettes» due to their small size and crew, their weaponry and speed are almost comparable to that of a frigate. They are equipped with sonar, torpedoes, missile launchers, electronic warfare capabilities and decoys, a gun mount, and a helipad and helicopter hangar.