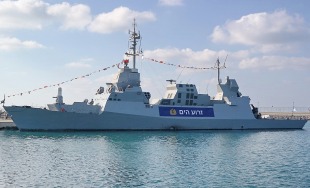 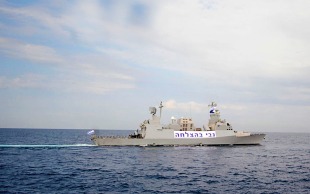 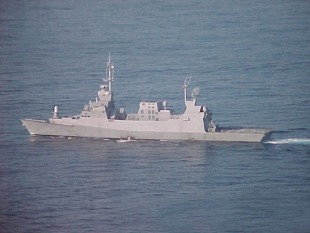 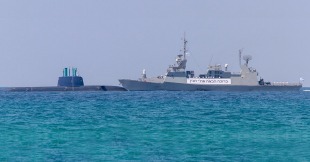 The contract for the construction of the three ships of the class was signed in the early 1980s. Lahav was the second ship of the class to be launched in 1993 and she was commissioned in September 1994. Lahav took part in the 2006 Lebanon War by blockading Lebanese ports. She has also taken part in numerous NATO exercises including one in April 2008 with the Turkish and American navies.

It took part in the 2010 Gaza flotilla raid.

The Israeli Navy chose Lahav as the first Sa'ar 5 corvette to be equipped with the advanced EL/M-2248 MF-STAR radar. On 23 September 2014 she was presented to the public with the new radar at Haifa naval base.