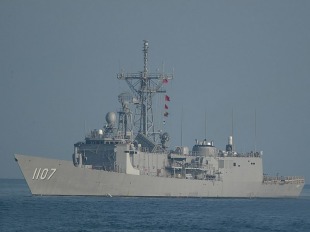 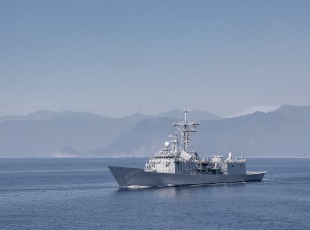 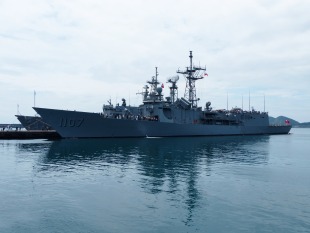 ROCS Tzu I (PFG2-1107) is the fifth of eight Taiwanese-built Cheng Kung-class frigates of the Republic of China Navy, based on the Oliver Hazard Perry class. Laid down on 7 August 1994 and launched on 13 July 1995, Tzu I was commissioned in service in January 1997. The Cheng Kung-class frigates have the same length as the later Oliver Hazard Perry frigates, but have a different weapon and electronics fit. Like her sister ships, Tzu I was built under license by China SB Corp. at Kaohsiung City, Taiwan, ROC. As of 2005, Tzu I is homeported at Tso-Ying naval base. She was the frigate long-hull variant (Flight II).