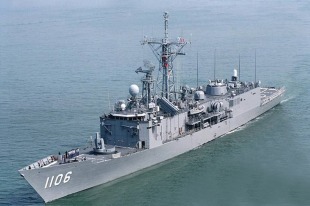 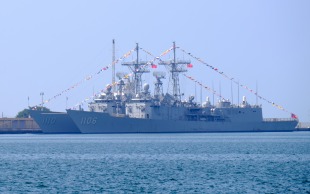 ROCS Yueh Fei (PFG2-1106), is a Cheng Kung-class guided missile frigate of the Republic of China Navy. Yueh Fei was laid down on 5 September 1992 by the China SB Corp., in Kaohsiung City, launched on 26 August 1994, and commissioned in February 1996. She is the fourth ship of the Cheng Kung-class frigates. She was the frigate long-hull variant (Flight II). As of 2005, Yueh Fei is home ported at ROCN Tso-Ying naval base.