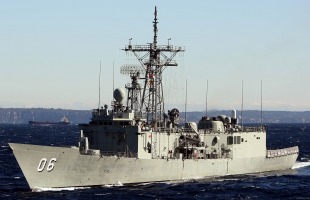 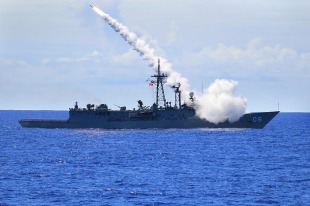 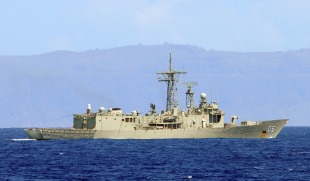 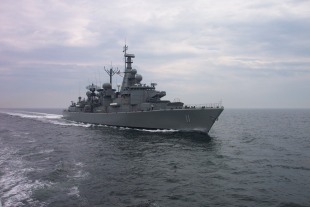 HMAS Newcastle (FFG 06), named for the city of Newcastle, New South Wales, the largest provincial city in Australia, was an Adelaide-class guided missile frigate. She was the frigate long-hull variant (Flight II). The last ship of the class to be constructed, Newcastle entered service with the Royal Australian Navy in 1993. During her career, the frigate has operated as part of the INTERFET peacekeeping taskforce, served in the Persian Gulf, and responded to the 2006 Fijian coup d'état. The frigate was decommissioned on 30 June 2019 and transferred to the Chilean Navy on 15 April 2020 and renamed as Capitán Prat (FFG-11).