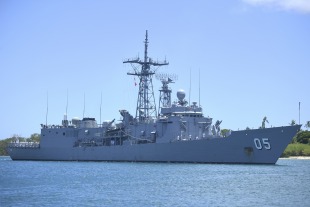 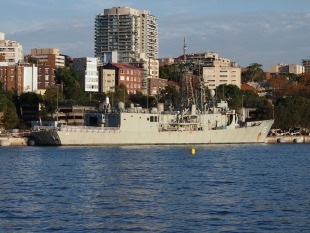 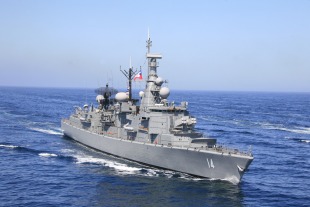 HMAS Melbourne (FFG 05) was an Adelaide-class guided missile frigate of the Royal Australian Navy, which entered service in 1992. She was the frigate long-hull variant (Flight II). Melbourne has been deployed to the Persian Gulf on several occasions, and served as part of the INTERFET peacekeeping taskforce in 2000. On 26 October 2019, Melbourne was decommissioned from the RAN, subsequently being transferred to Chile. The ship was commissioned into the Chilean Navy as Almirante Latorre on 15 April 2020.