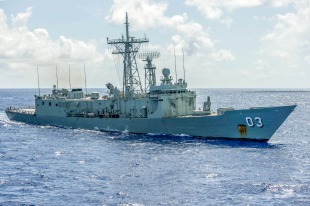 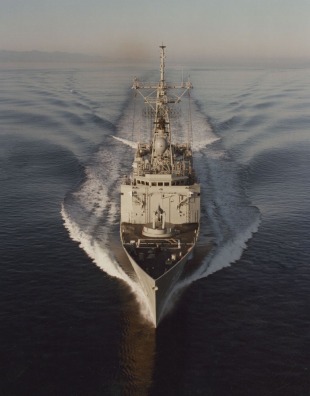 HMAS Sydney (FFG 03) was an Adelaide-class guided-missile frigate of the Royal Australian Navy (RAN). The frigate was one of six modified Oliver Hazard Perry-class frigates ordered from 1977 onwards, and the third of four to be constructed in the United States of America. Laid down and launched in 1980, Sydney was named for the capital city of New South Wales, and commissioned into the RAN in 1983. She was the frigate long-hull variant (Flight II).