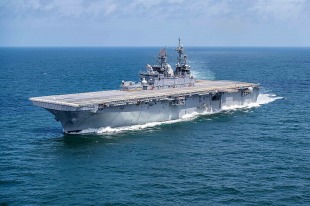 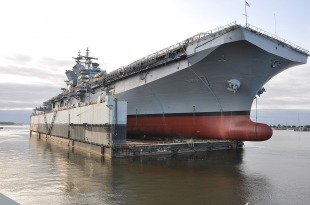 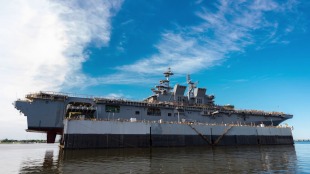 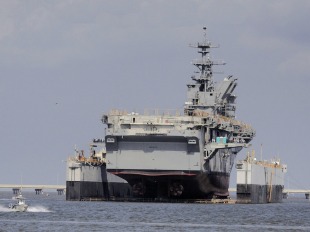 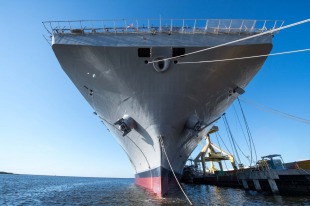 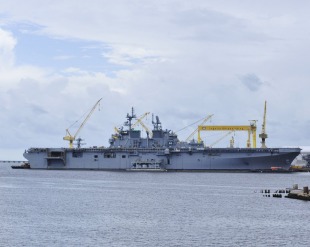 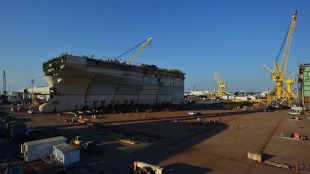 USS Tripoli (LHA-7) is the second America-class amphibious assault ship built for the United States Navy. She is the third U.S. Navy ship named for the Battle of Derne in 1805. It was the decisive victory of a mercenary army led by a detachment of United States Marines and soldiers against the forces of Tripoli during the First Barbary War. It was the first recorded land battle of the United States fought overseas.