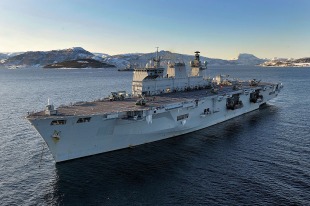 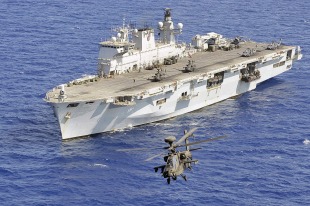 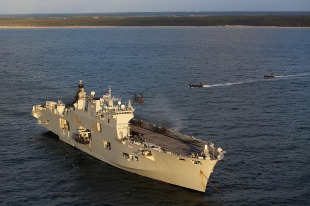 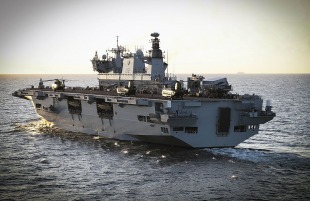 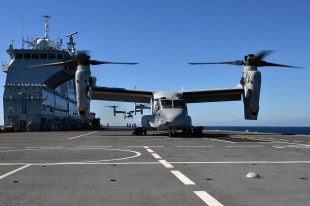 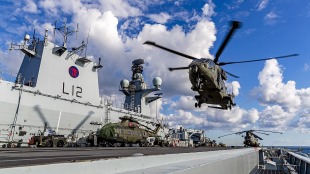 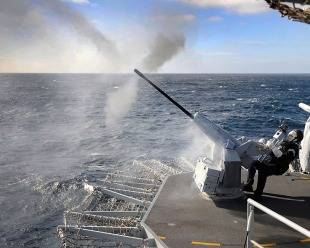 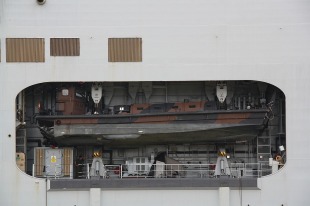 HMS Ocean is an amphibious assault ship, formerly the UK's helicopter carrier and the fleet flagship of the Royal Navy. She was designed to support amphibious landing operations and to support the staff of Commander UK Amphibious Force and Commander UK Landing Force. She was constructed in the mid-1990s by Kvaerner Govan on the River Clyde and fitted out by VSEL at Barrow-in-Furness prior to trials and subsequent acceptance in service. Ocean was commissioned in September 1998 at her home port HMNB Devonport, Plymouth.

In December 2017, the Brazilian Navy confirmed the purchase of the ship for (GBP) £84.6 million. Following her decommissioning from Royal Navy service on 27 March 2018. She arrived in Rio de Janeiro on 25 August 2018, with the intention of being commissioned and fully operational by 2020.