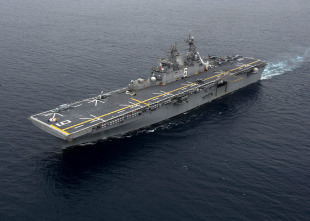 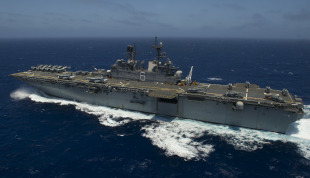 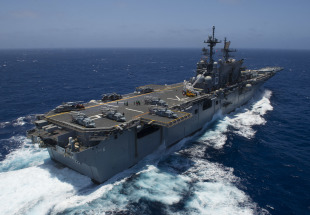 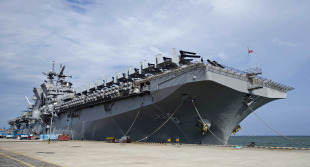 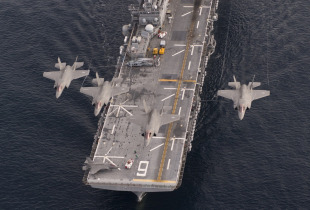 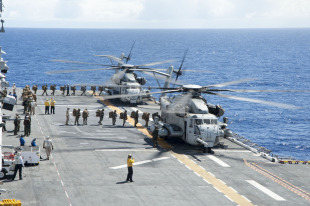 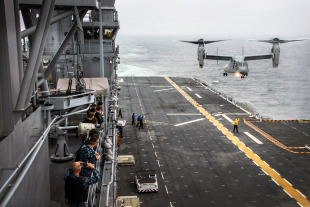 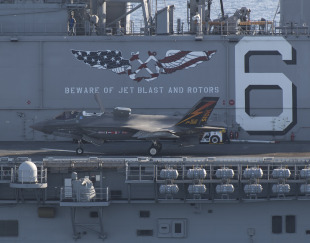 USS America (LHA-6), the fourth U.S. warship to be named for the colloquial moniker of the United States of America, is the first of the America-class amphibious assault ships for the U.S. Navy. She was delivered in spring of 2014, replacing Peleliu of the Tarawa class. Her mission is to act as the flagship of an expeditionary strike group or amphibious ready group, carrying part of a Marine expeditionary unit into battle and putting them ashore with helicopters and V-22 Osprey tilt-rotor aircraft, supported by F-35B Lightning II aircraft and helicopter gunships.

The ship's design is based on USS Makin Island, but to allow more room for aviation facilities she does not have a well deck, and has smaller medical spaces. With a displacement of 45,000 tons, she is as large as the aircraft carriers of many other countries' navies, and can fulfill similar missions when configured with 20 F-35B strike fighters.