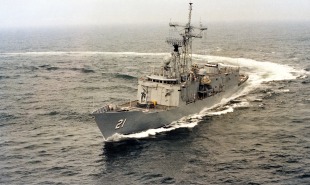 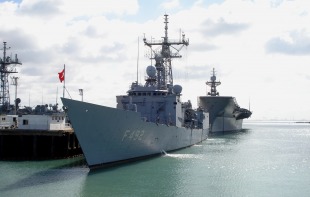 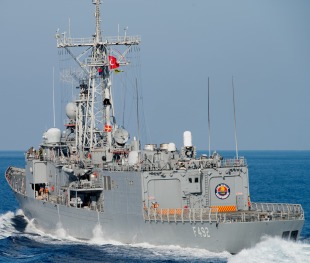 USS Flatley (FFG-21) was the thirteenth ship of the Oliver Hazard Perry class of guided missile frigates. She was the first ship of the U.S. Navy to be named for Vice Admiral James H. Flatley (1906–1958), a leading Naval Aviation tactician from World War II who flew the Grumman F4F Wildcat in the Battle of Coral Sea and subsequently commanded the VF-10 Grim Reapers taking them into combat for the first time. She was the frigate short-hull variant (Flight I).