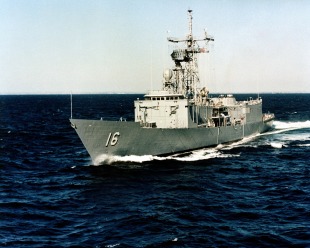 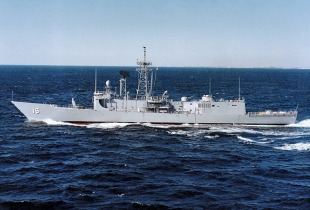 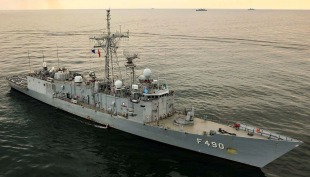 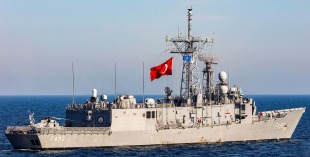 USS Clifton Sprague (FFG-16) was an Oliver Hazard Perry-class guided missile frigate of the United States Navy, the tenth ship of that class. She was the frigate short-hull variant (Flight I). She was named for Vice Admiral Clifton A. F. Sprague (1896–1955), hero of the Battle off Samar action of the Battle of Leyte Gulf, where he received the Navy Cross. Clifton Sprague (FFG-16) was the first ship of that name in the US Navy. She was transferred to the Turkish Naval Forces in 1997 as TCG Gaziantep (F 490) and remains in active service.