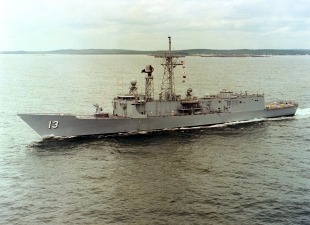 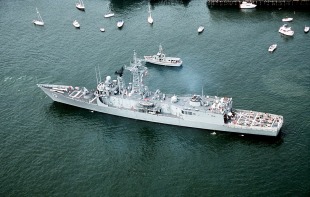 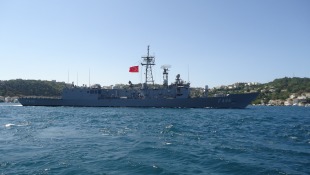 Samuel Eliot Morison was the first ship of that name in the U.S. Navy. She was the frigate short-hull variant (Flight I).

On 11 April 2002, Samuel Eliot Morison was decommissioned and transferred to Turkey, where she was renamed as TCG Gökova (F 496) and joined the other Oliver Hazard Perry-class vessels acquired by the Turkish Navy as G-class frigates.

In 2013 has contributed to Operation Ocean Shield with others NATO Forces Ships in the Gulf of Aden.