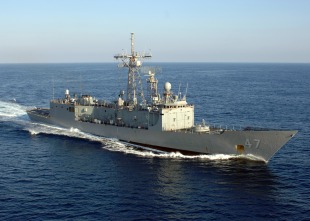 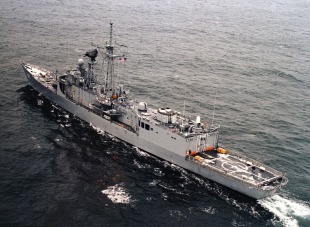 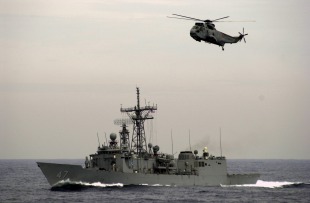 USS Nicholas (FFG-47), an Oliver Hazard Perry-class frigate, was the third ship of the United States Navy to be named for Major Samuel Nicholas, the first commanding officer of the United States Marines. A third-generation guided missile frigate of the Oliver Hazard Perry class, she was laid down as Bath Iron Works hull number 388 on 27 September 1982 and launched 23 April 1983. Sponsor at her commissioning there on 10 March 1984 was the same Mrs. Edward B. Tryon who sponsored DD 449 in 1942. She was the frigate long-hull variant (Flight II).