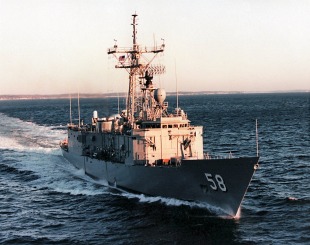 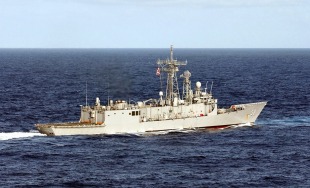 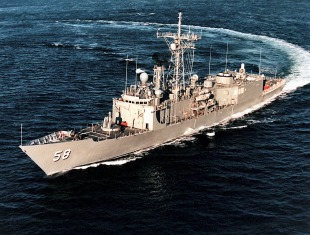 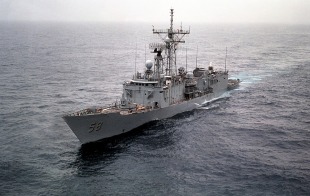 USS Samuel B. Roberts (FFG-58) is one of the final ships in the United States Navy's Oliver Hazard Perry-class of guided missile frigates (FFG). Commissioned in 1986, the ship was severely damaged by an Iranian mine in 1988, leading U.S. forces to respond with Operation Praying Mantis. Repaired and returned to duty, the ship served until decommissioned in 2015. She was the frigate long-hull variant (Flight II).