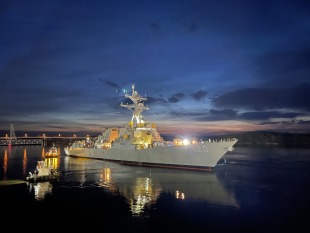 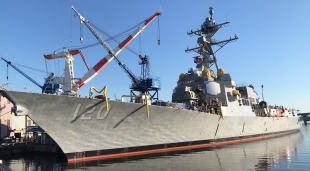 The contract for the ship, along with the name, was first announced in a press release from General Dynamics, parent company of Bath Iron Works, on 31 March 2016. The official designation of DDG-120 as Carl M. Levin by Secretary of the Navy Ray Mabus was announced on 11 April 2016.

On 2 October 2021, Carl M. Levin was christened at the Bath Iron Works shipyard in Bath, Maine. Carl M. Levin is the 42nd Flight IIA ship, and the fifth of the «technology insertion» (TI) builds with elements of the follow-on Flight III series. She is fitted with the Aegis Combat System baseline 9 which includes integrated air and missile defense capability.