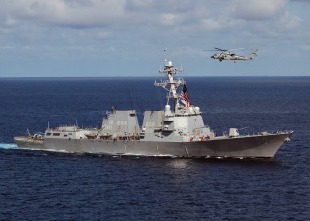 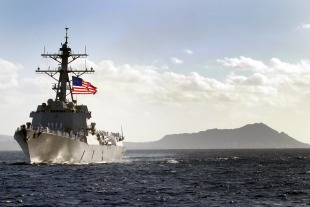 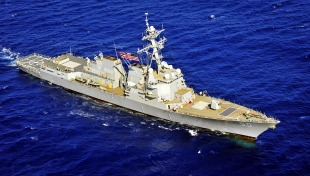 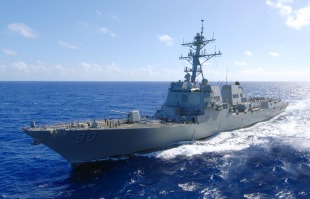 USS Chafee (DDG-90) is an Arleigh Burke-class (Flight IIA) Aegis guided missile destroyer in United States Navy. She is named for Senator John Lester Hubbard Chafee (1922–1999), a Marine veteran of Guadalcanal who also served as the Secretary of the Navy. Chafee was laid down by the Bath Iron Works in Bath, Maine on April 12, 2001, launched on November 2, 2002 and commissioned on October 18, 2003 in Newport, Rhode Island, the home state of the ship's namesake.