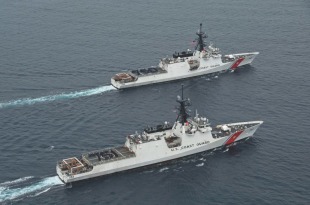 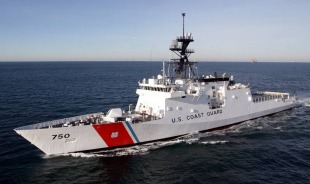 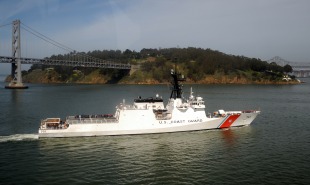 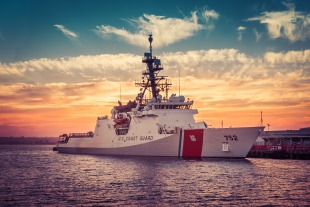 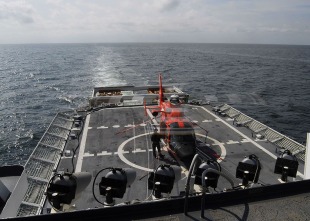 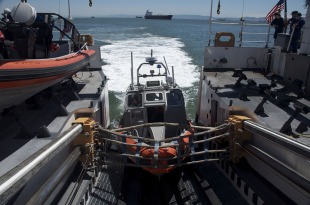 The Legend-class cutter, also known as the National Security Cutter (NSC) and Maritime Security Cutter, Large, is the largest active patrol cutter class of the United States Coast Guard. Entering into service in 2008, the Legend class is the largest of several new cutter designs developed as part of the Integrated Deepwater System Program.

These vessels can be used for a variety of tasks, including: environmental protection, search and rescue, fisheries protection, PWCS (Ports, waterways, and coastal security), counter-terrorism activities, law enforcement, drug and migrant interdiction, defense operations, and other military/naval operations, including assigned naval warfare tasks with the US Navy.

The Legend-class cutters are the second longest of all U.S. Coast Guard cutters, behind the research icebreaker Healy, and will replace the twelve Hamilton-class cutters in service. These cutters are envisioned by the Coast Guard as being able to undertake the entire range of the high endurance cutter roles with additional upgrades to make it more of an asset to the Department of Defense during declared national emergency contingencies. To facilitate intercept missions, the Legend class can carry and launch both the Short Range Prosecutor and the Long Range Interceptor rigid hull inflatable boats (RHIBs). The cutters are configured to be able to survive in Low Threat Environments, factors of which include an enemy having a poorly equipped military, some coastal patrol craft, and few to none anti-ship cruise missiles. Operations in this environment can also be general defense operations including theater security, port protection, ship escort, anti-piracy, and maritime interception operations. The cutters can also survive in Medium Threat Environments, which can include a fairly well equipped military of ships and aircraft with weapons and radar coverage well offshore, higher numbers of anti-ship cruise missiles and a possible submarine threat. Operations in this threat environment could include defense operations, naval surface fire support, and the evacuation of non-combatants. The cutters are not expected to survive in a high threat environment with their current configuration.

The cutter has a rear-launching ramp, capable of launching and retrieving the two aft stored rigid-hulled inflatable boats while underway. The NSC is built to about 90% military standards. The NSC is constructed with a steel hull and steel superstructure with steel bulkheads. Ballistic protection is provided for the main gun, and the cutters crew-served weapons can have steel ballistic shields attached for protection. The NSC is equipped with a state of the art damage control system that contributes to the ships survivability. The NSC is designed to US Navy Damage Stability Criteria and to Level 1 Survivability standards. Most of the NSC design is compatible with ABS Naval Vessel Rules. The NSC has degaussing capability. The cutters have a reduced Radar cross-section (RCS) which gives the cutters a higher degree of stealth over the past cutters. The NSC uses a modified version of the same stealthy mast design as the Arleigh Burke-class destroyers. 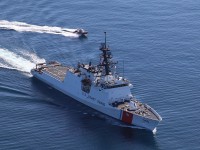